Please read carefully the registration rules before filling out the form and making a prepayment!
_
About the laboratory
this time I suggest paying attention to the space of blood. to explore the life cycle of the cells it consists of, as well as the meetings with other systems and organs that purify and fill blood.

blood as dynamic now, the gradient between the past and the future of the body. blood knows, that is, physically and chemically contains information about what is happening in the tissues and organs of the body, and also has the material carriers of changes that the body will take at the nearest or distant time. blood as the cumulative material knowledge of the past, future and eternal.

nutrition, breathing, cleansing, endocrine and immune impacts of blood to the body locally and globally. as it is usual in laboratories of this kind, physiological facts about these processes will help us to recognize some subtle functions or states of consciousness, as well as to ground into the body, experience and speech the ones that are already well-known.

working with awareness on your own, in pairs, in a sensitive group, and also texts, conversations, pictures, the magic space of the dome and the living body of Altai will help us grow and recognize in ourselves a new eternal. 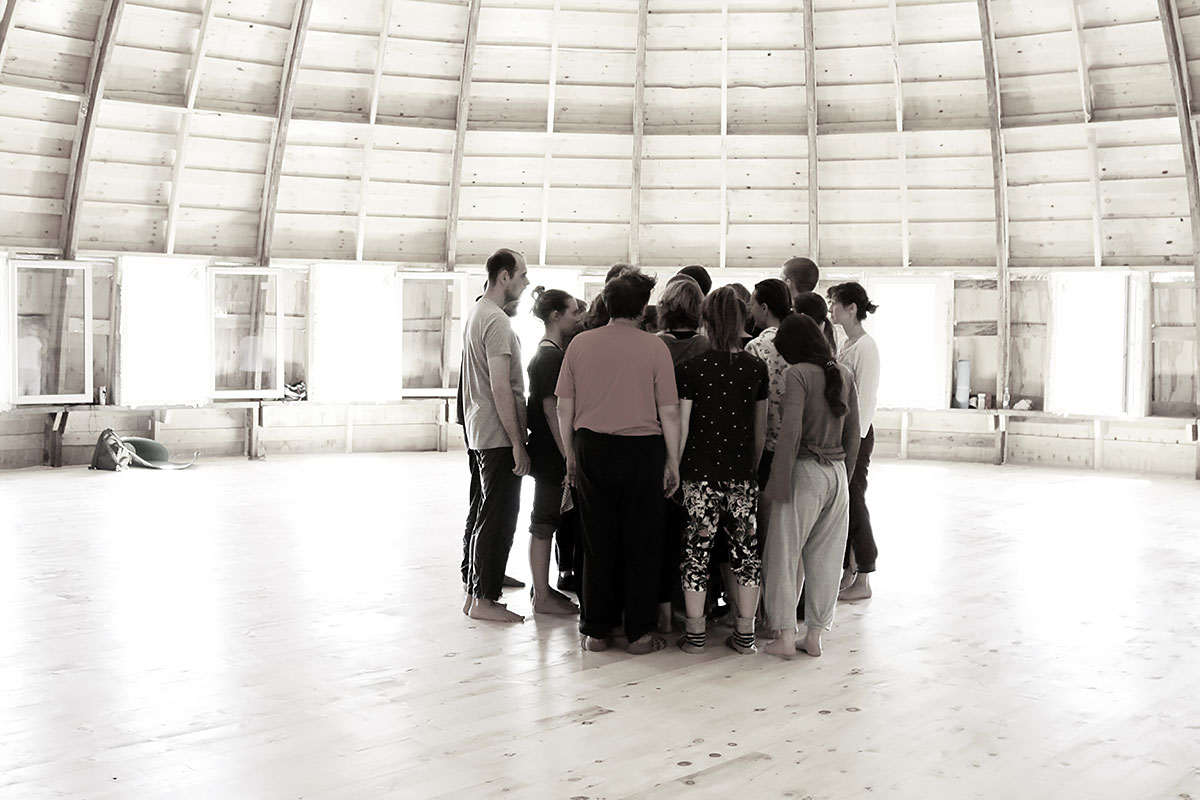 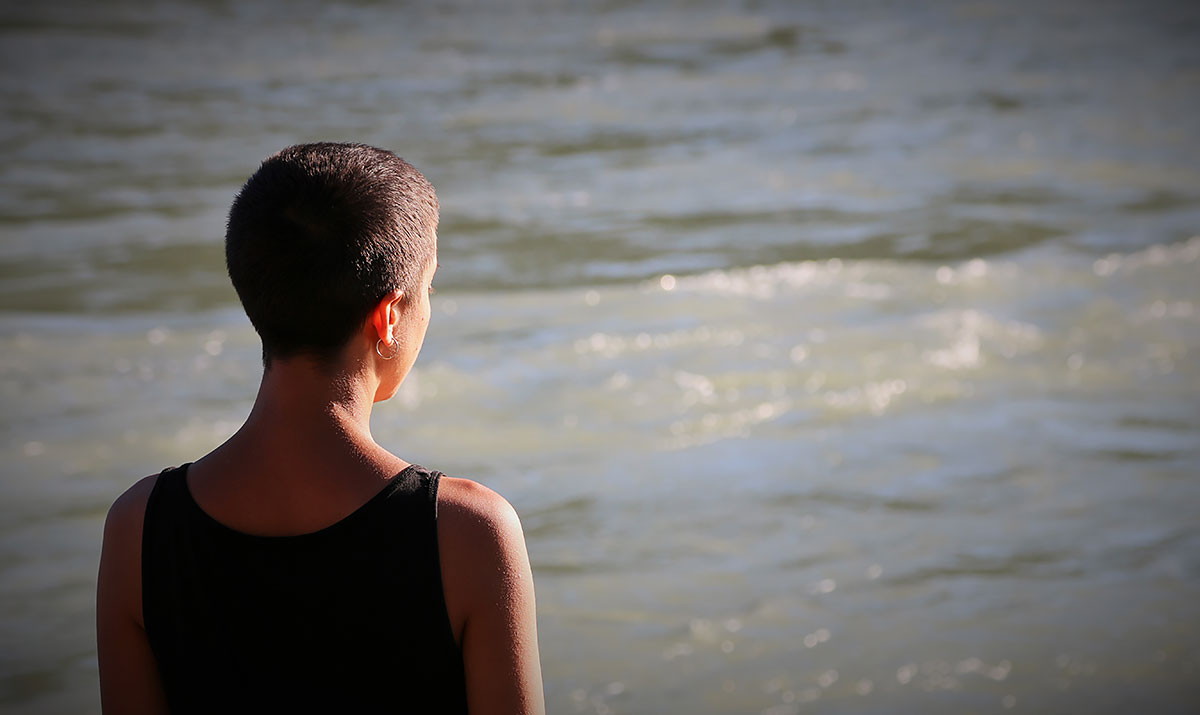 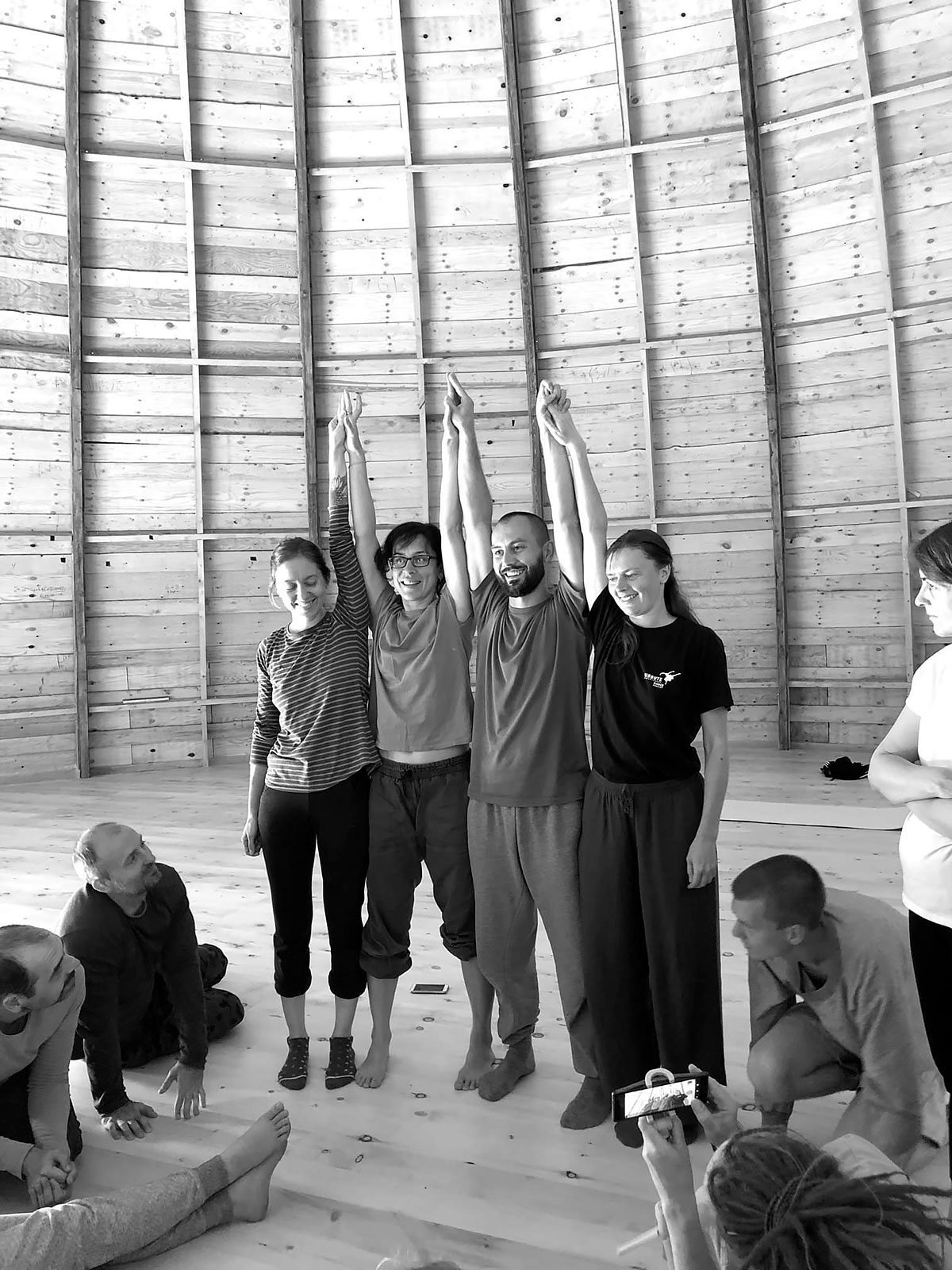 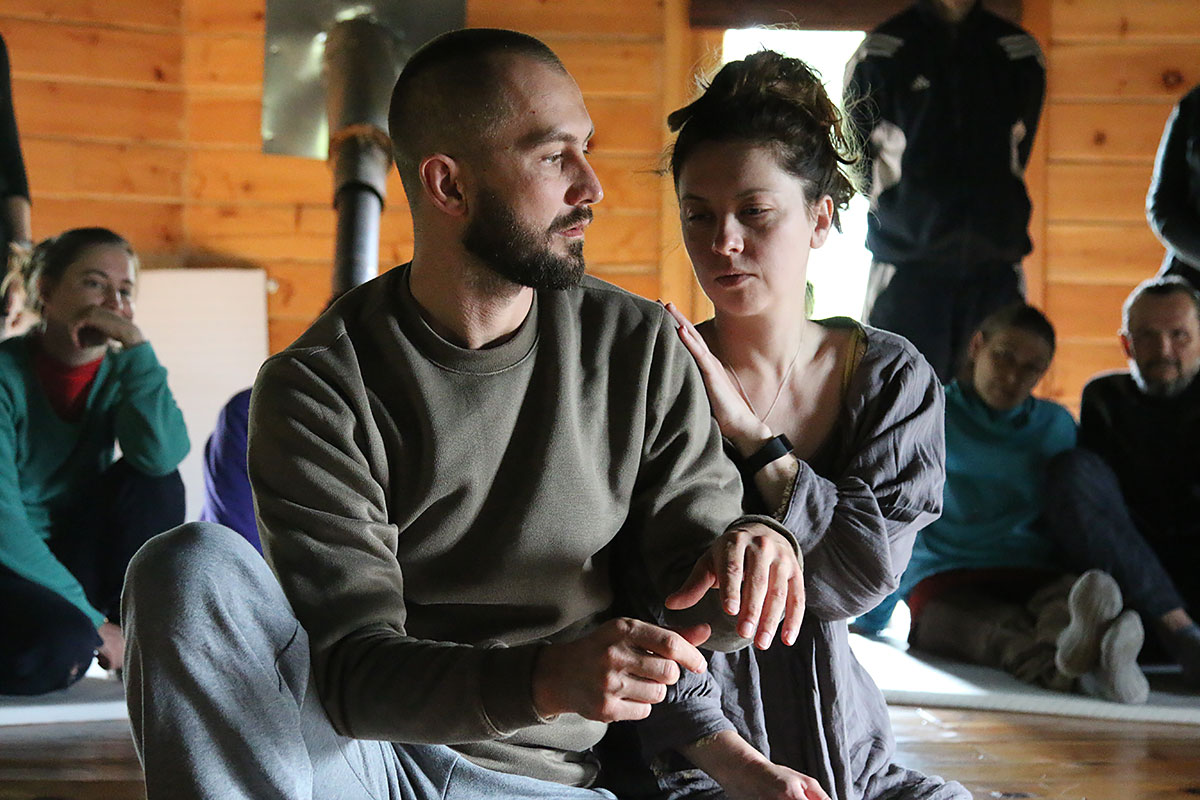 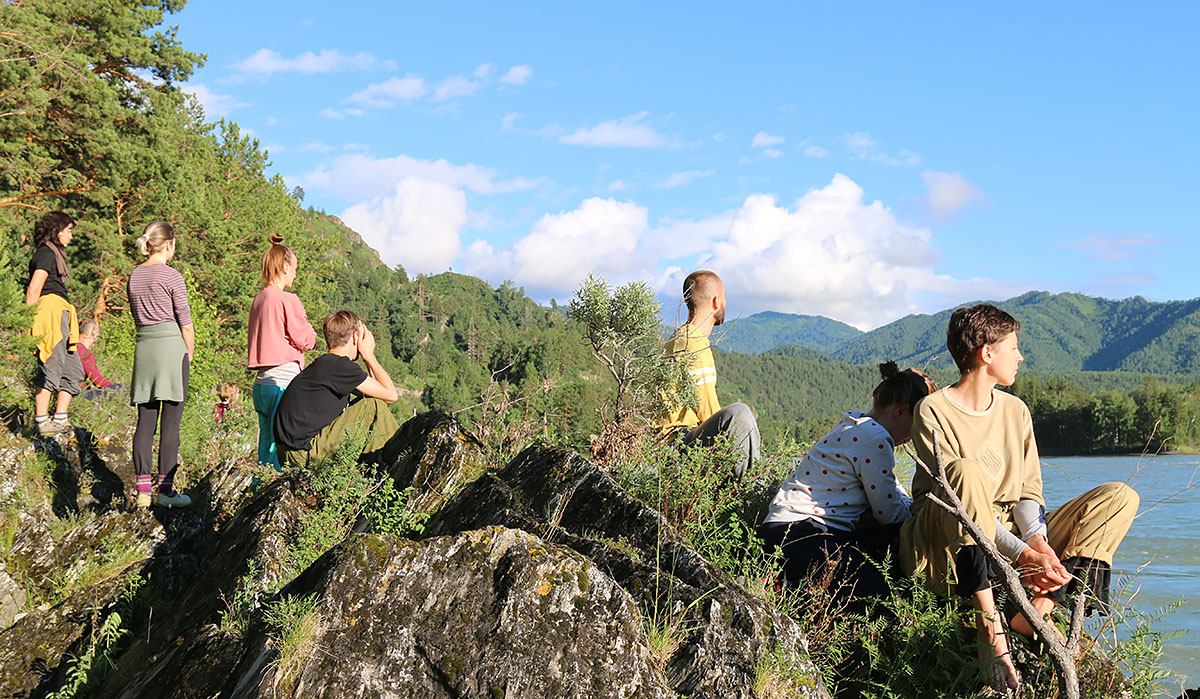 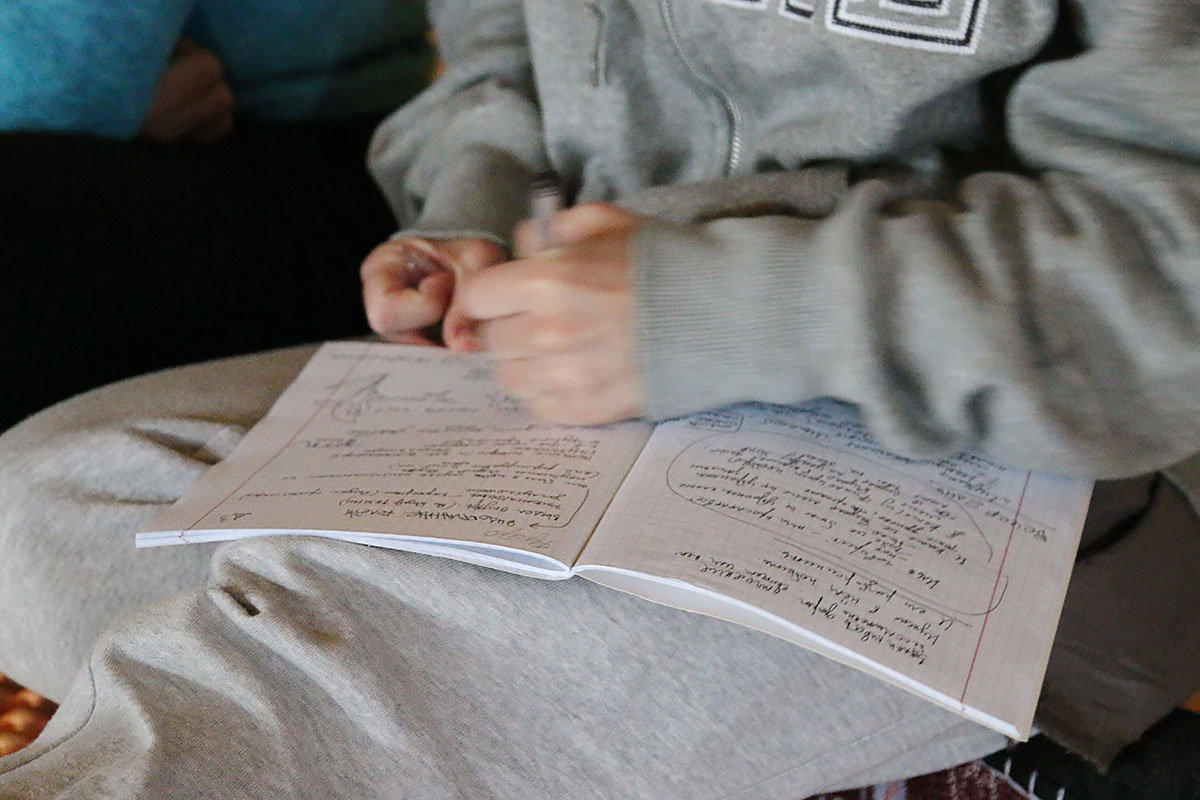 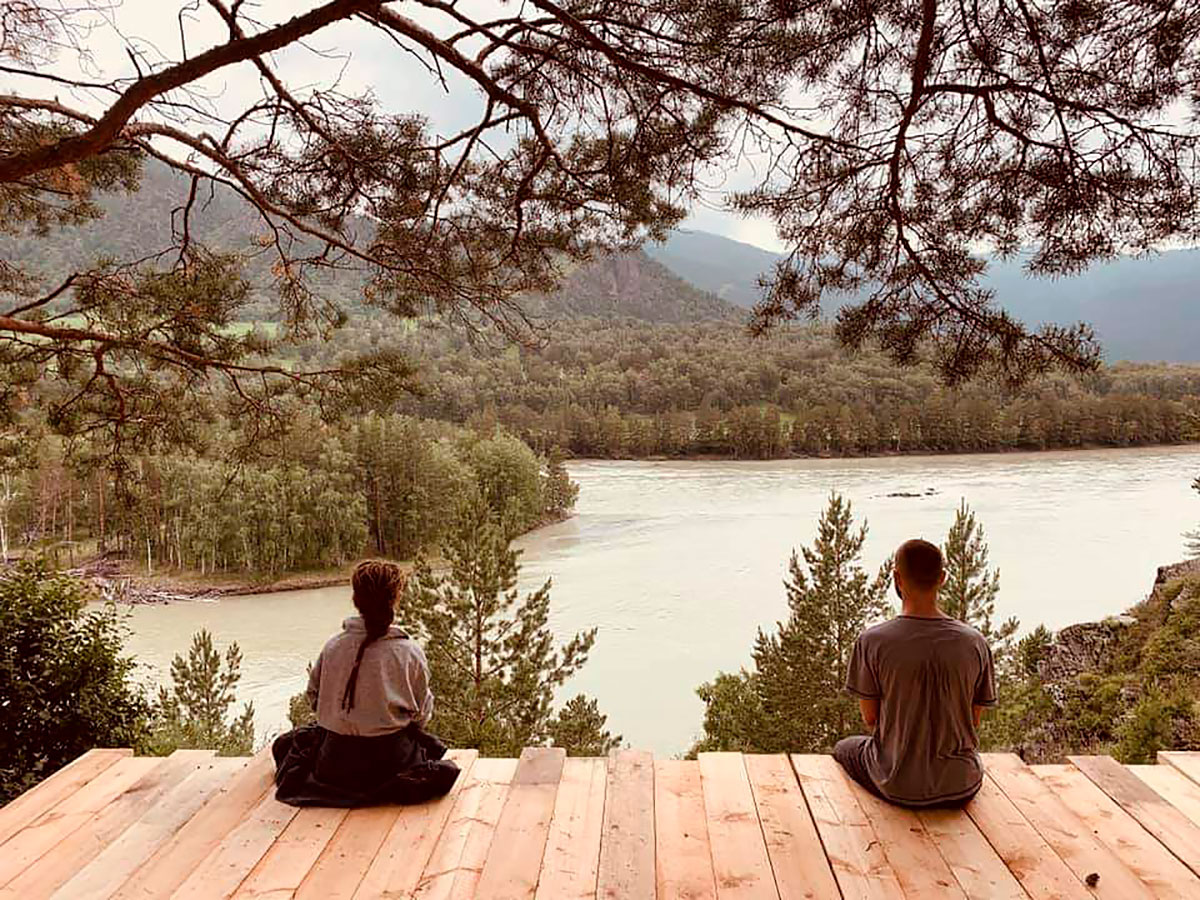 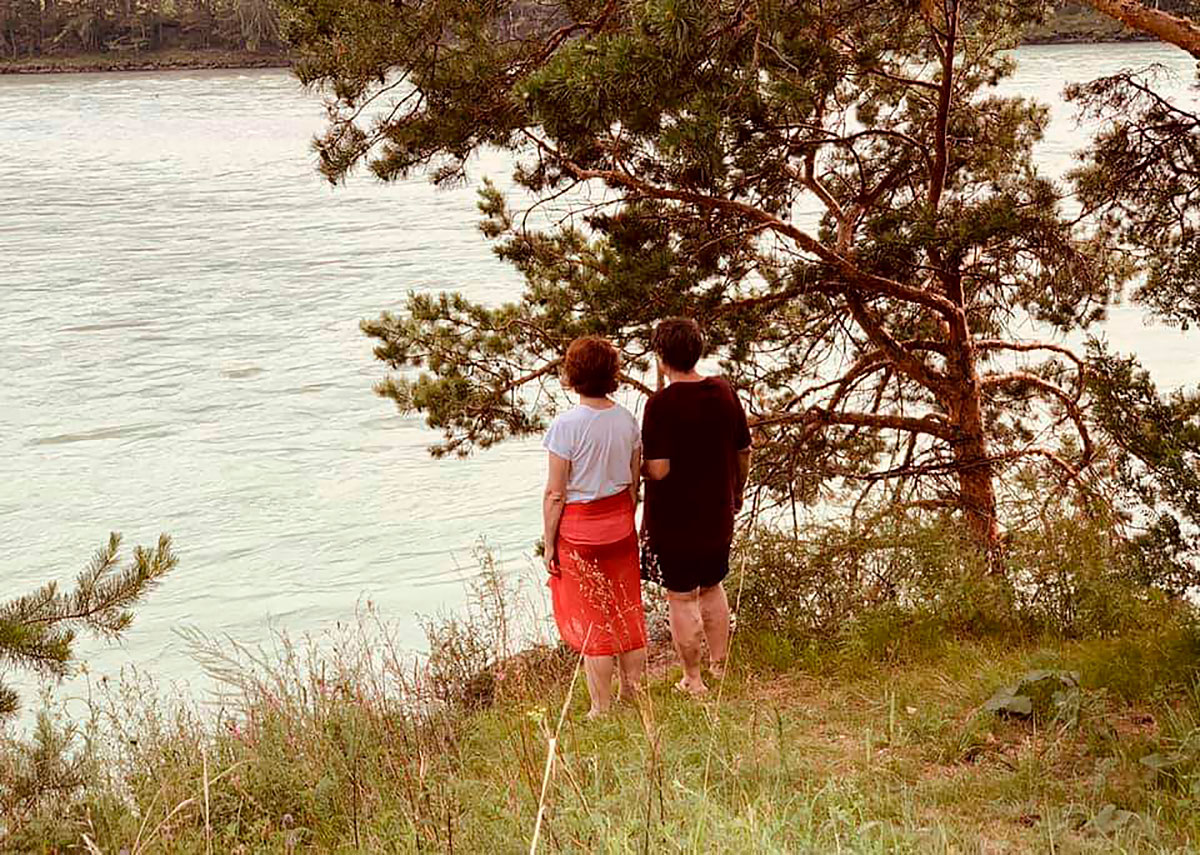 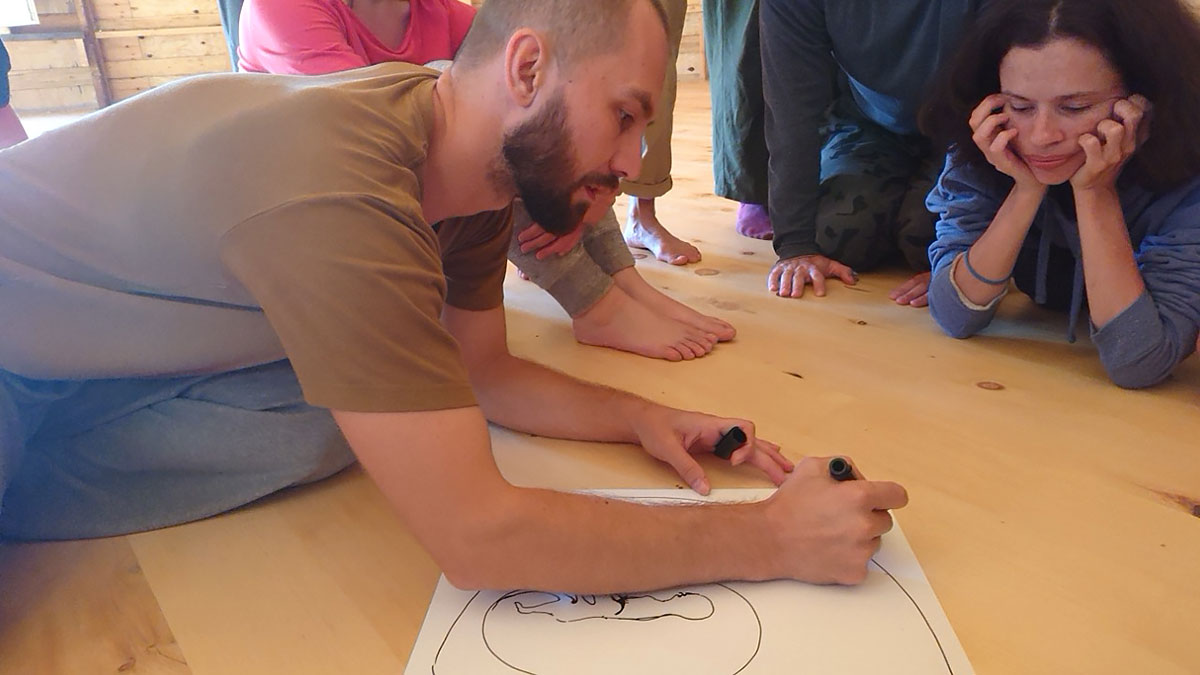 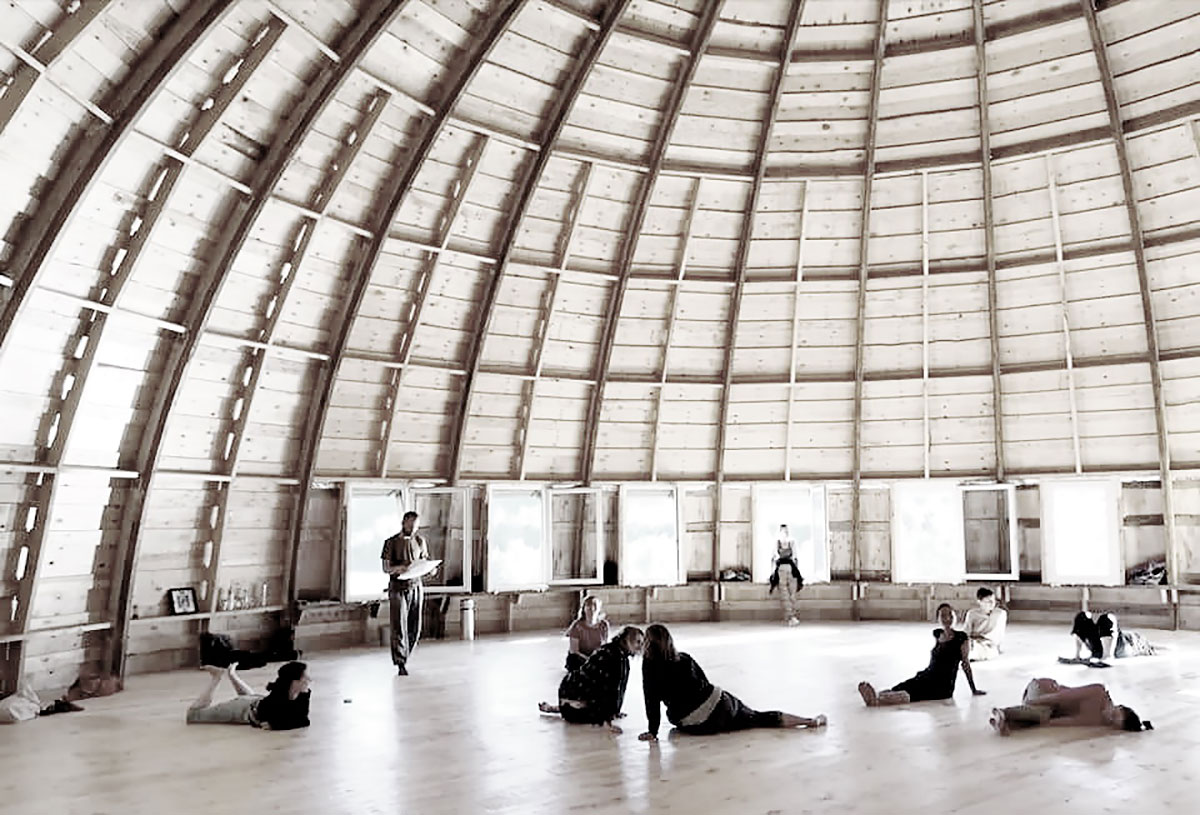 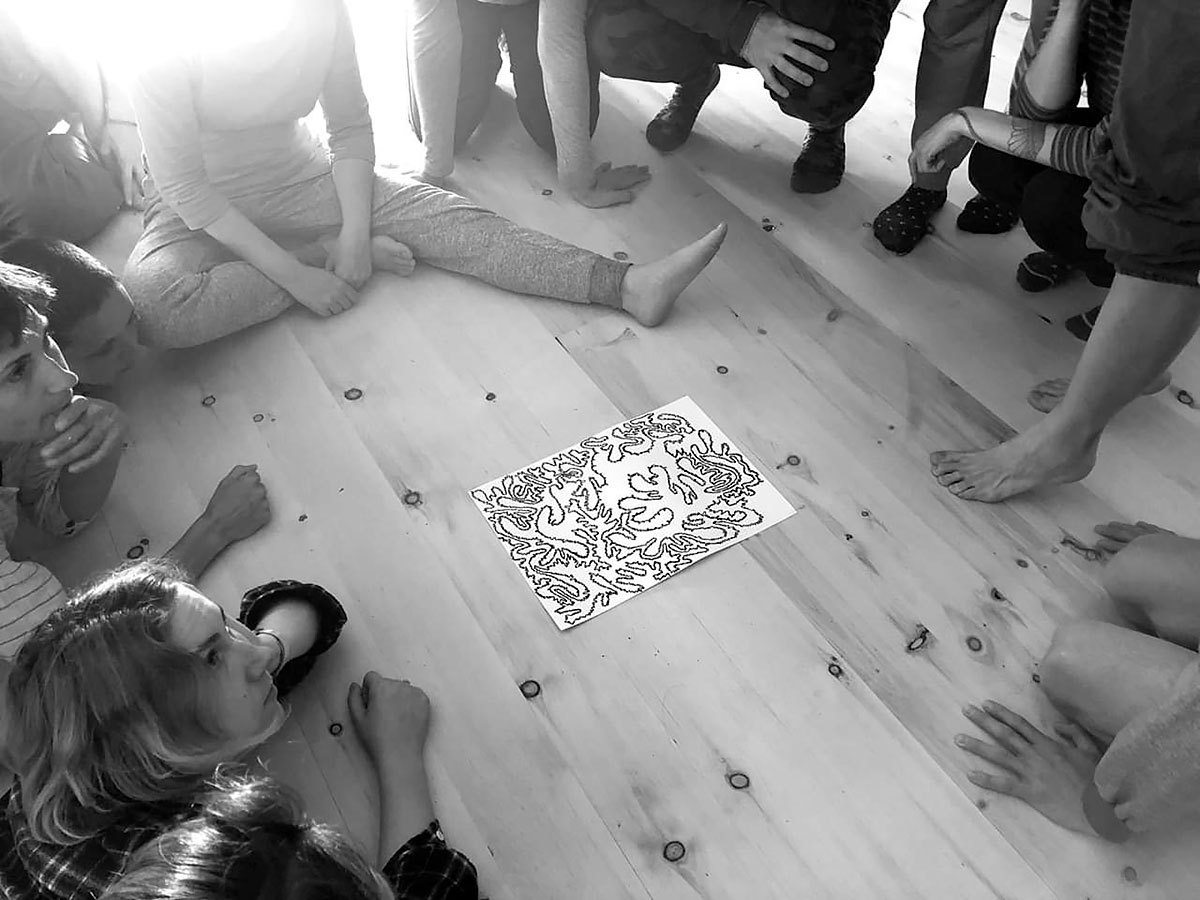 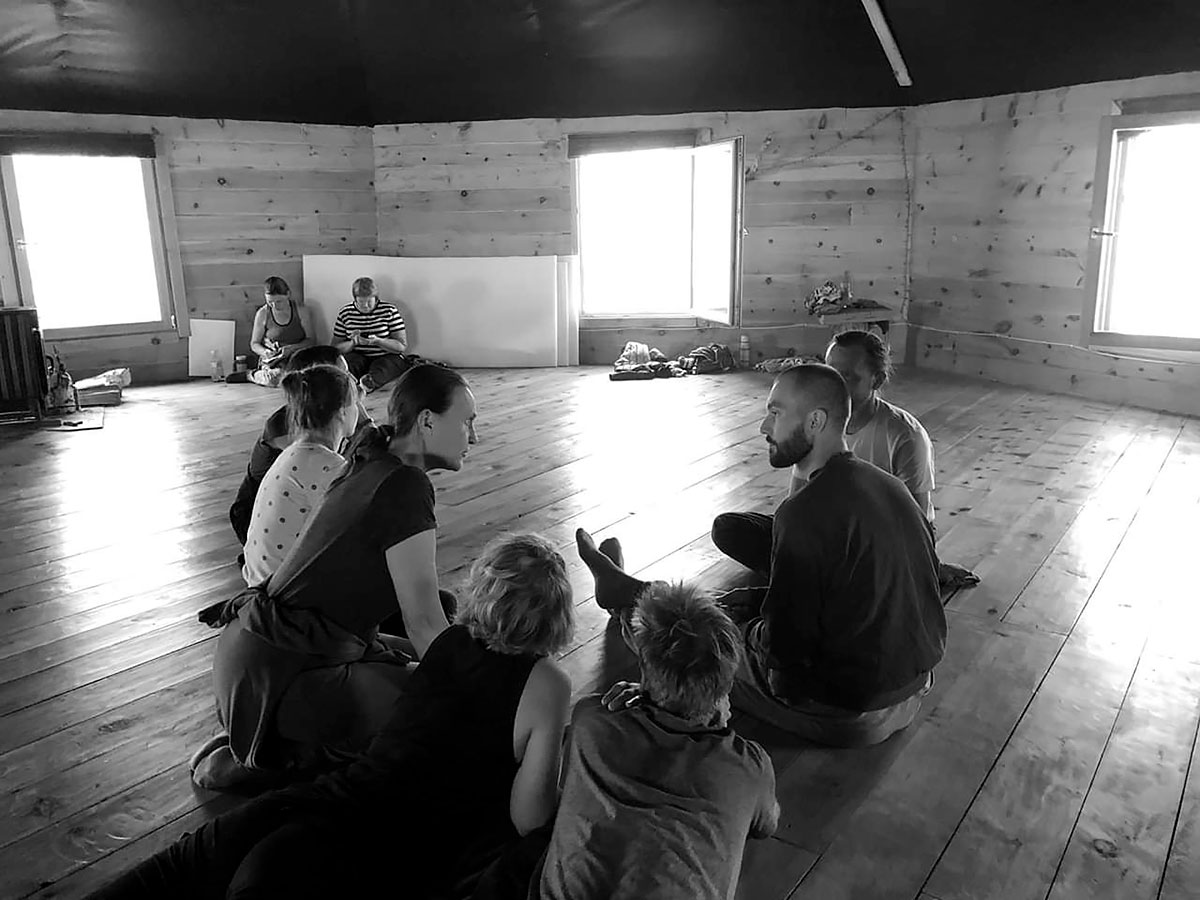 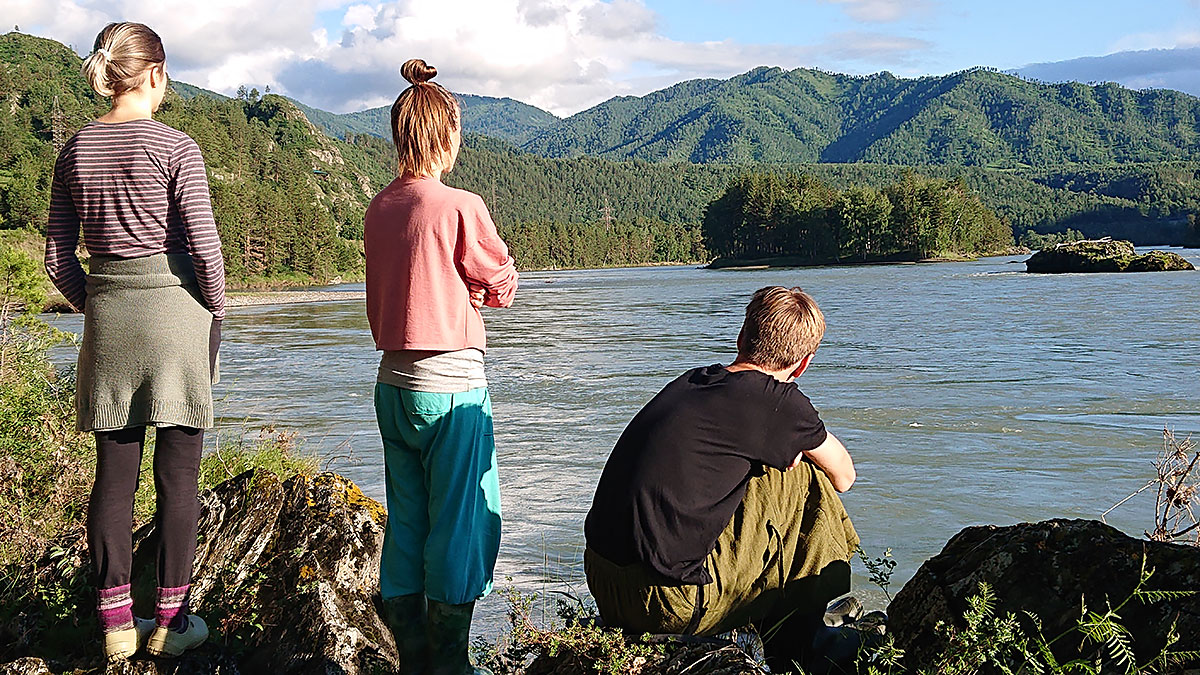 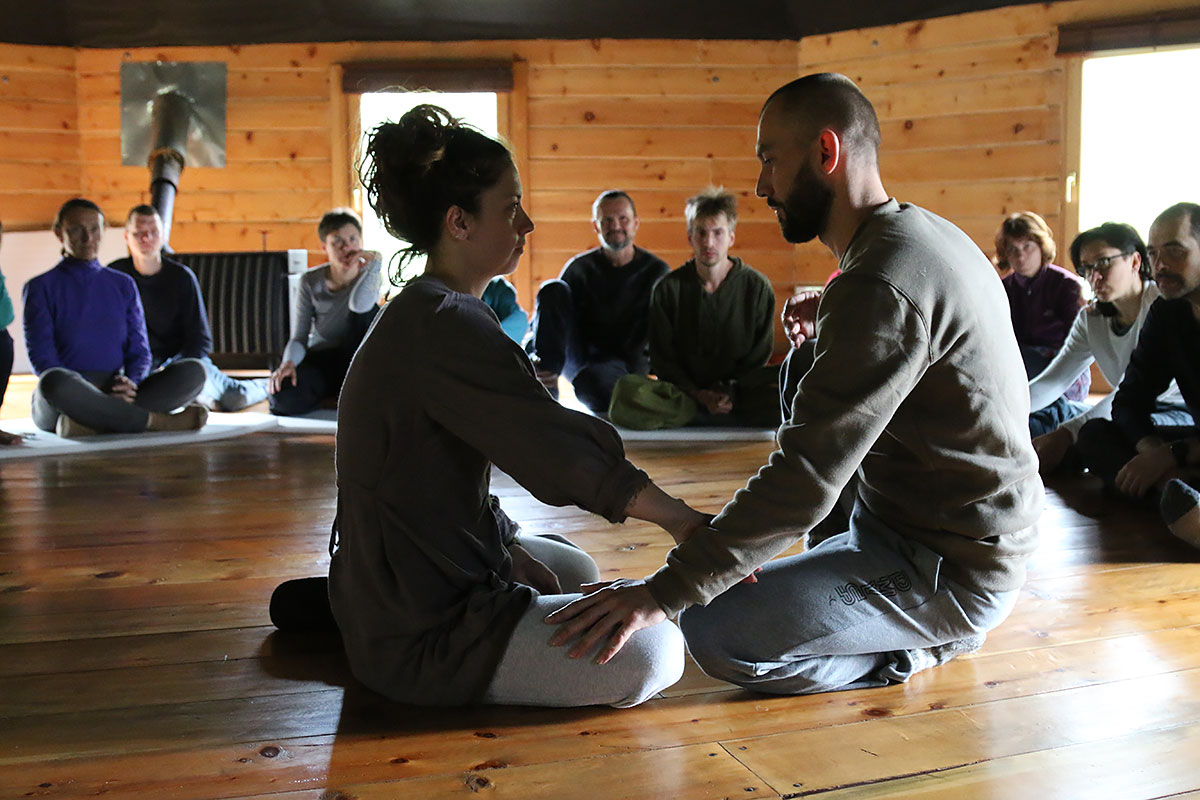 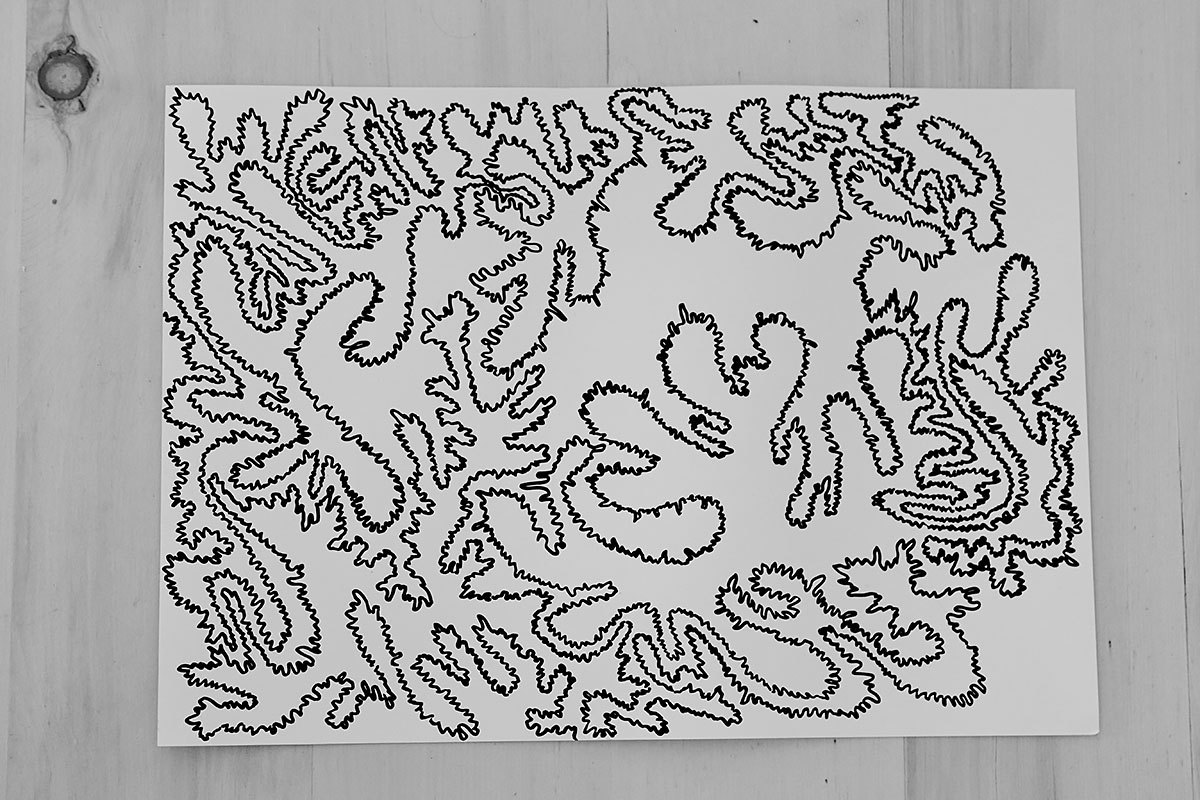 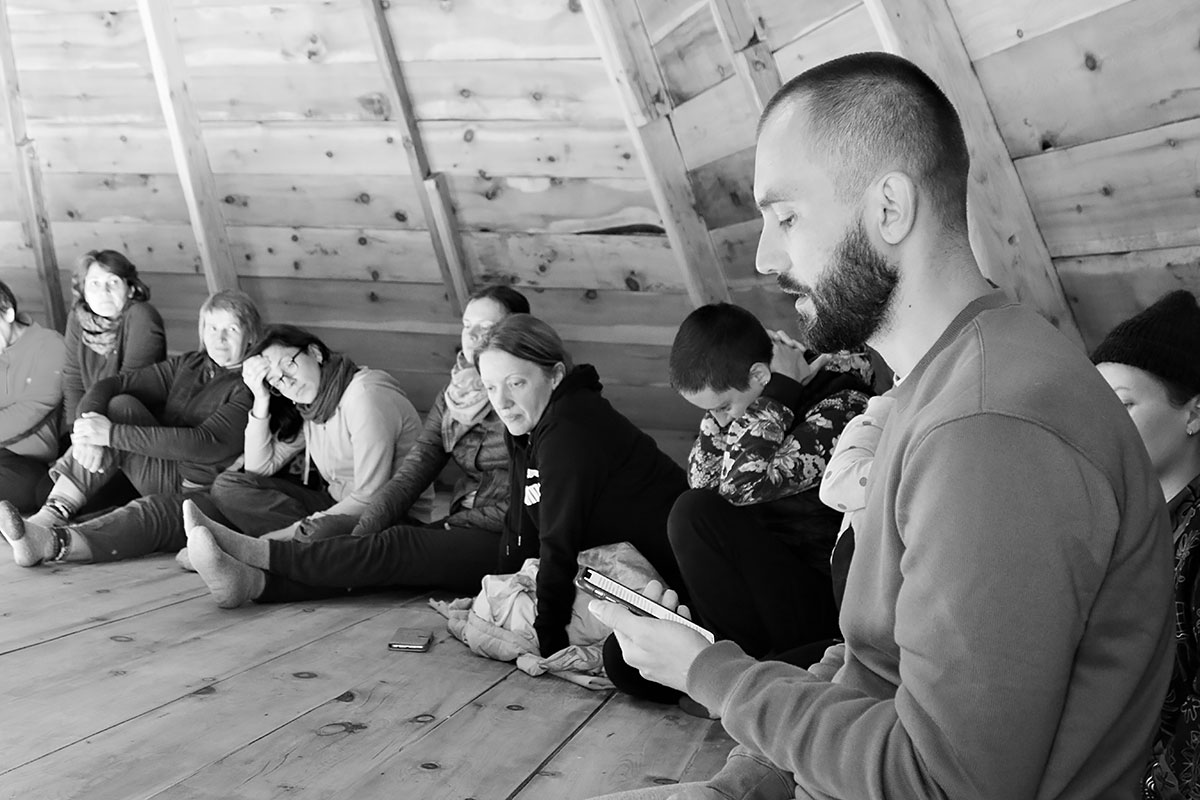 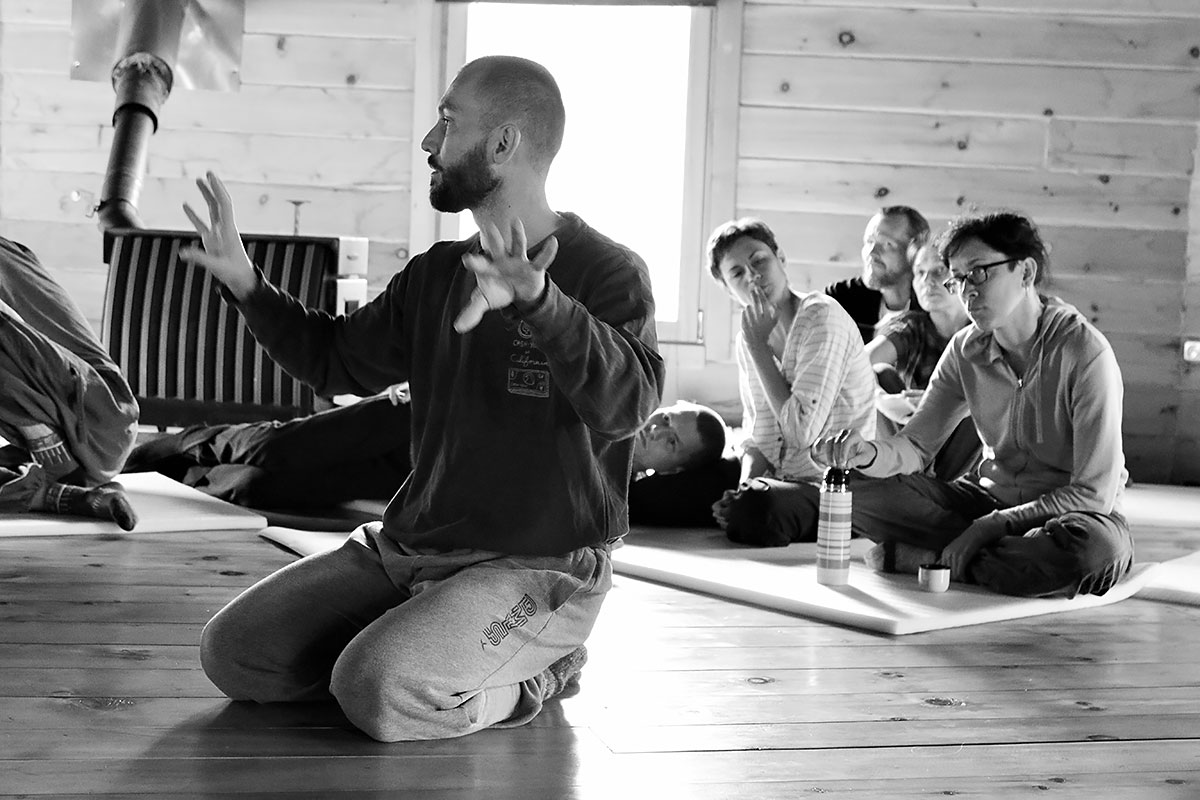 Registration is considered completed after filling out the registration form and making an advance payment.

PREPAYMENT, which is 15,000 RUB, is to book a place and receive discounts for early registration. It is non-refundable.

FULL PAYMENT is paid 2 months (!) before the start of the laboratory, i.e. until April 22. After this date it is also non-refundable.

If you plan to cook on your own, take all the necessary foods, utensils, and cooking appliances with you. The nearest shop is 5 km from the camp, and the range of foods (including fruits and vegetables) there is quite limited. Large settlements (such as Chemal) are very far away. Using the camp dining room and dining room equipment for self-cooking is impossible.
Accomodation
Houses (5-9 people in a house) – 800 RUB/day, 5,600 RUB for 7 days.

P.S. there is also an option with houses for 3-4 people and WC in a house (the number of places is limited). The price is 1200 rub/day, 8,400 for 7 days. If you want this type of accomodation, please write it in notes of the regisration form.

If you plan to stay at the camp after June 29, 20:00, inform us in advance and we will check the availability and calculate the payment taking into account the extra time.
Venue and accomodation

We will have a spacious dome, ail-hall and several outdoor locations for our activities.

On the territory of the camp there are showers, toilets, wash basins, two steam baths, a tea location.

Accommodation is in houses.

Furnishings
Beds, mattresses, blankets, pillows, linens, a small towel, a power outlet (1-2 per room), electric lighting. Toilets and showers are on the territory pf the camp.

There are temporary power cuts in the mountains, so we recommend taking a flashlight with you!
Steam bath

There are two steam baths on the territory of camp. They will be available to laboratory participants every evening from 22:00 to 01:00.
Mobile connection, Internet
Using mobile phones is possible on the camp, but the connection is not stable. Megafon and Beeline mobile operators work better on the territory of the camp, MTS does not work everywhere, Tele 2 works in some places. Internet connection is not stable as well. There is 3g connection, but anyway it's better not to rely on it (these are mountains, the stability of communication depends even on the weather ...)
How to pay
Cash or bank transfer is possible (details will be sent to you after filling out the registration form).
How to get to the camp
Our official arrival at the camp is June 22, 20:00 and departure on June 29 at 20:00. Therefore, if you are traveling on your own, plan your arrival at the camp with these deadlines.

If you plan to arrive earlier or stay a few days after the laboratory, contact the organizers and we will try to help you find accomodation outside the camp.
How to get to the camp
from Gorno-Altaisk (99 km to the village of Chemal)

Take a taxi, hitch a ride, use bla-bla-car service or take a regular bus to Chemal. The camp is 5 km from Chemal towards Elanda village.

From Gorno-Altaisk International Airport, the bus station can be reached in about 17 minutes by car.

Buses number 102, 111, 132 run from the airport to the city three times a day. You can see the detailed schedule on the official website of Gorno-Altaisk Airport

You can rent a car, or find travel companions on www.BlaBlaCar.ru

There is a shuttle bus to Chemal (travel time about 3-4 hours). The camp is 5 km from Chemal towards Elanda village.

The site of the bus station in Biysk: http://www.avbiysk.ru/

There is a shuttle bus to Chemal (travel time about 6 hours). The camp is 5 km from Chemal towards Elanda village.

The site of the Barnaul bus station: http://www.avtovokzal.ru/


from Novosibirsk (533 km to the village of Chemal)

This option is the most remote, but it has a number of advantages.

There is a shuttle bus to Chemal (travel time about 10 hours). The camp is 5 km from Chemal towards Elanda village.

The site of the bus station in Novosibirsk: http://www.avtovokzal.ru/


How to get from Tolmachevo Airport (Novosibirsk) to the Bus Station

Travel time is about an hour, but if there are big traffic jams, then it can be longer.

According to friends, the service works well and often costs twice cheaper than a bus. We recommend this service if you are traveling as a company, or at least 2 people.


From the road, the camp looks something like this: 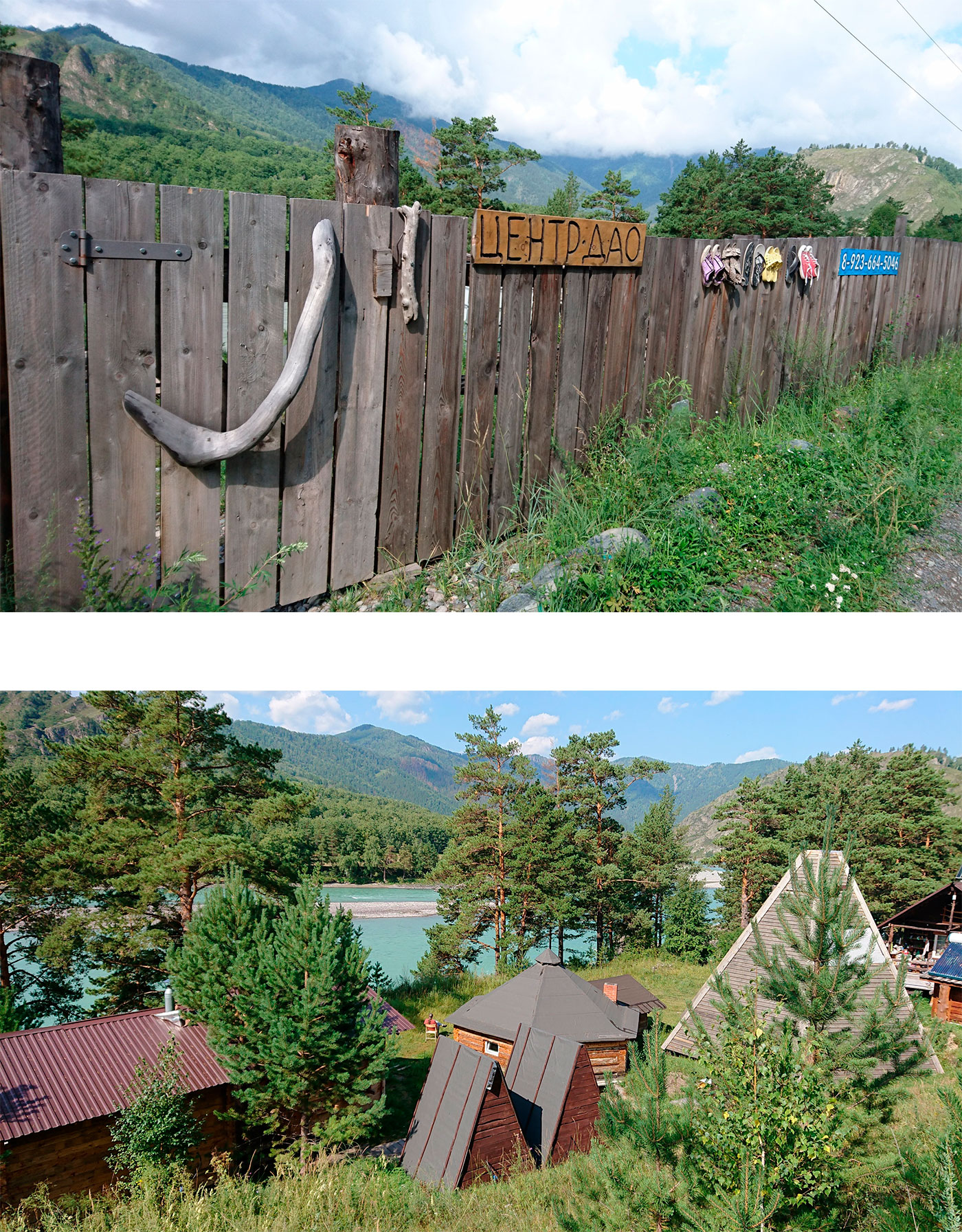 Chemal highway 42 km, 1,
Chemal village, Republic of Altai, Russia, 649240
Early arrival and staying longer
The camp "DAO Center" is designed for mass arrivals, and there is a cleaning of the territory and preparation for the meeting of new guests between them. Our official arrival at the camp is on June 22, 20:00 and departure on June 29 at 20:00. Therefore, if you are traveling on your own, plan your arrival at the camp with these deadlines.

If you plan to arrive earlier or stay a few days after the laboratory, contact the organizers and we will try to help you find a place to stay outside the camp.

The fact of registration is a mutual agreement between the organizers and the participant, where both parties equally assume responsibility for their obligations.
Non-refundable fee
The registration fee is non-refundable and is used for the preparation of the festival, ensuring that the festival will take place with any number of participants.
Payment period
Full payment is paid 2 months before the laboratory, i.e. until 22 April, 2020.

If the payment is not made before this deadline, and other options have not been agreed with the organizers, then your place on the festival will be offered to other people.

Prepayment is not refundable in this case.
Refund policy
If the event does not take place for reasons beyond the control of the organizers (due to the fault of third parties), the festival team will return the prepayment in full.
If you can not come
If you have made a prepayment, but can not come to the laboratory, you can find a person without using our resources (groups in social networks, etc.) who will take your place provided that he has not registered for the laboratary earlier.

If there are no places for the lab, but we know who would gladly go instead of you - then we will be able to return 50% of the prepayment, only if a new participant found by us will register for your place.

The participant registering at your place keeps all the conditions of your registration, including the discount for early registration, accommodation and meals. It is impossible to change any of the conditions.
Waiting list
If your registration application arrives when the group is full, you will be put on the waiting list and we will notify you if the place becomes available.
Personal safety
Given the features of the place (mountains, river, mixed terrain) and the type of activity (contact dance), we recommend that you insure against possible injuries and other things. We leave this question under the personal responsibility of everyone.

We strongly recommend having: